EXCELLENT Based on 30 reviews.

Joshua Peazer
Verified
Approached Bosecom with an wide array of inherited devices (including 7 laptops and a large pile of floppy disks) for data recovery. I was incredibly impressed by the results and the way I was treated. The work was carried out promptly and professionally, and the team were incredibly kind and communicative. Couldn't recommend Bosecom higher.

Liam FitzPatrick
Verified
I had an urgent and fiddly bit of cable soldering to do late one evening just before Christmas. They were delighted to help on this 5 minute job; sat me down and talked me through what they were doing to make sure it was exactly as I needed it. Genuinely nice people who take a pride in their craft.

Matthew Haywood
Verified
Professional and friendly service from start to finish, great value, would highly recommend. I spoke to Rob today, as I was building a PC, but the bios on my motherboard needing updating before I could install the processor. He saw me the same day, and got it all updated so that I could continue with the build without delay. If I need any tech support in future, this is where I will go.

Desola Adeoye
Verified
Exceptional service! My Macbook screen needed to be fixed and all was handled quickly and professionally. Rob was very helpful and a delight to talk to. Would definitely recommend.

Andy Lawson
Verified
Pleased, way beyond expectations My trusty 1995 big old Apple Power desktop PC 7100/80 AV, without warning suddenly let me down. After 25 years of utter reliability, without a single fault (!) A loud pop, burning smell, after pressing the keyboard key, to turn it on. It wouldn’t fire up and no data was backed up. Was in shock! First local computer repair facility I phoned said they couldn’t fix anything Apple. Second call was to Bosecom. Spoke with Rob, very reassuring and understanding on the phone and a pleasurable conversation given the stress I was in, when I explained what had happened. Fixing an Apple computer was no problem and he could assess the problem for free, if I brought it in for inspection. Which I did. Rob when he saw the computer immediately put my mind at rest, saying the data would not be lost. I could leave it with him to be fully assessed - hopefully repaired, if it could be repaired. Left my computer at Bosecom. Confident, after a warmly engaging in-depth positive conversation with Rob, that if anyone could get my machine up and running again, Bosecom could. I wasn’t wrong. Was thinking though at the time, if new parts were needed, they’d be very difficult to find - perhaps an impossible task - as my machine was so old, it could be in a museum (!) To my relief, Bosecom spent their time researching, then tracking down the various parts needed. To be shipped from Germany and China. The parts arrived, were inserted, but when the computer was turned on by Rob, the same thing happened: a loud pop, burning smell. Without me asking, Rob kindly and proactively, sent me a short video of what had happened, so as a non-technical customer, I could see exactly for myself the inside of my computer which had failed again. This was exceptional customer service for me – even more so when Rob said they would go through the whole process of ordering the parts again from Germany and China to continue to try to fix the problem. How many repairers would do this I thought – go the extra mile for the customer again – when I guess some repairers might have said in the circumstances, they had tried their best and there was nothing further they could do. After the parts arrived for a second time, the computer, amazingly, worked perfectly. Miraculously for such an old machine. And was also, fully cleaned as part of the process. It now enjoys its second life, thanks to Rob and Bosecom. His dedicated perseverance knows no bounds. A company and its people that obviously take great professional pride in doing a job well done, no matter how difficult the task. Never giving up, to serve the customer. I will gladly recommend Bosecom and their services, to anyone requiring their special brand of expertise. Will always be forever grateful.

Mat georgiou
Verified
Amazing guys,fixed my laptop that nobody else could fix , honest ,and at an amazing price ,I promise you will not be disappointed.

Radhika Das
Verified
Down to Earth, honest and well worth the money ✌️

Ryan Collins
Verified
Fantastic overall service! The staff are very knowledgeable and polite and supplied amazing customer service!! Very reasonable pricing considering the hard work they put into my computer! Wouldn't recommend any other computer repair company other than Bosecom! 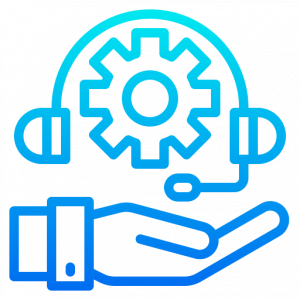 If you need our help immediately we can get to you within 10miles of our base in Watford within 6 hours. A quick telephone call and we're on our way. We come prepared with replacement parts for hardware and recovery media for software. 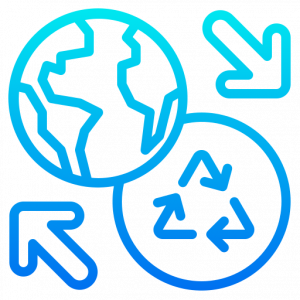 We recycle computers, servers and Apple devices, we donate usable electronics to Schools and Orphanages globally. Most business collections are free but it depends on the volume.